Local developer, City Ventures, has purchased the former Wal-Mart property and has begun to transform this area into a mixed use City Centre in the heart of La Vista. This 34-acre property will include amenities such as retail shopping, dining, living and office space that will cover approximately 300,000 square feet. The development will eventually include over 350 residential units with plans for an office building and possibly a hotel.

Construction is proceeding on the site. Existing buildings and pavement have been removed; the site has been graded; and work is well underway on mixed use buildings.

The City is responsible for design and construction of infrastructure that will support the development of City Centre. Infrastructure improvements were substantially completed in the fall of 2019.

Private development for City Centre has been led by City Ventures. City Ventures has partnered with the Dead President’s Group, who will build a shared kitchen that will include three restaurant concepts, anticipated to open later this year:

Additional concepts may be announced in the future.

Interested in living in City Centre? Check out The Vivere Apartments. 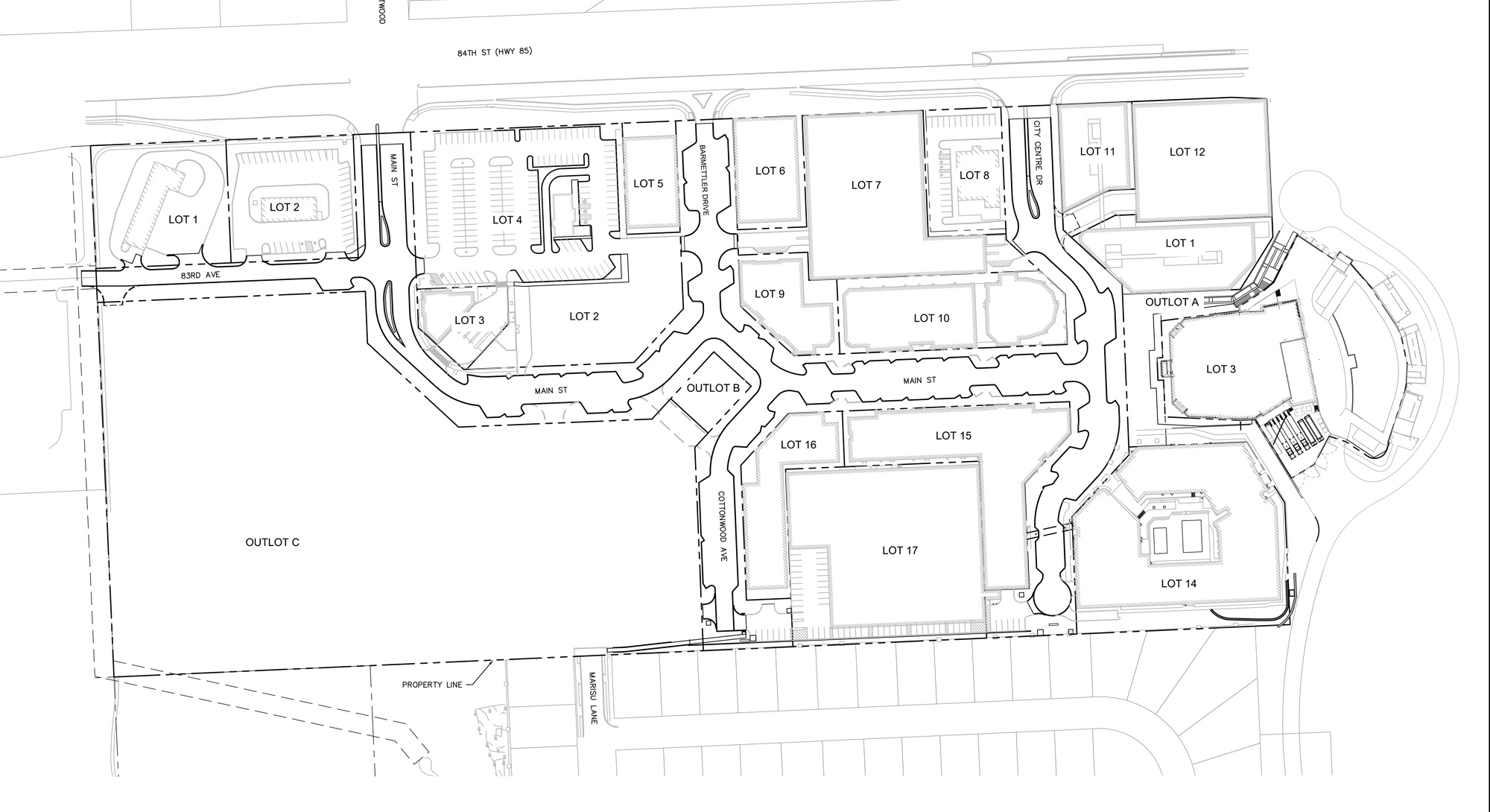